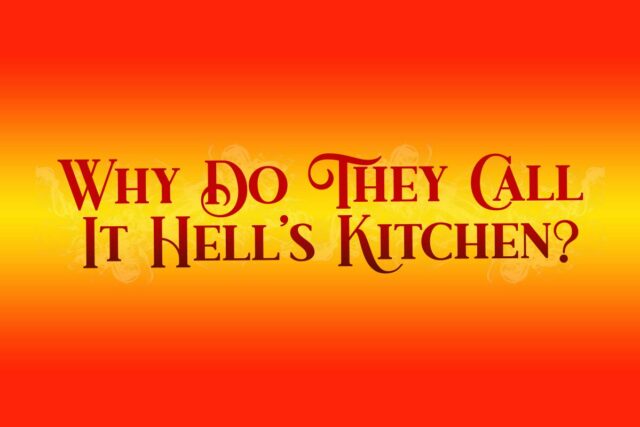 Why do they call it Hell’s kitchen? You are probably wondering why a place as peaceful as Clinton would be named that.

The violence became a routine in the borough leading to its name and reputation.

Clinton is located on the Westside of Manhattan. Looking at Hell’s Kitchen now cannot give you any clue of where the name came from. It is as peaceful and beautiful as any other part of New York.

Many immigrants moved into Manhattan after the civil war. This led to a spike in population with limited resources. Most people remained unemployed. They eventually turned to a life of crime joining gangs and mobs.

Now let’s get back to our question

Why do they call it Hell’s kitchen?

Simple, the Crime and violence in Clinton made it a very dangerous neighborhood.

Where Is Hell’s Kitchen Located?

It is located in the city of New York which is in the state of New York. It is on the West side of Manhattan.

It is bordered by The Hudson River to the West, and Eighth Avenue to the east. The 34th street&59th street to the south and North respectively. It has an area of 2.18km2.

Where Did The Name Come From?

Considering that it is called Hell’s Kitchen, isn’t it obvious where the name came from? The name came from the hellish state of Clinton during the 19th and mostly 20thCentuary.

Many Irishmen Moved to Clinton to escape the Great famine. This led to a big increase in population. As the population grew resources became more and more strained.

As it is human nature, we push back under pressure. The increased number of joblessness and reduced resources brought about violence. Most of the poor settlers went into crime to get a living.

Soon the borough was full of gangs and street violence became a norm. Gang oppressions and riots gave the borough a reputation as the most dangerous place on the continent.

A police offer who went into Clinton during a riot claimed the climate was hotter than hell. Coupling this with the reputation, Hell’s kitchen became a nickname that would stick. The name Hell’s kitchen came up at this time and it made perfect sense.

Clinton was ruled and controlled by violent gangs and criminals, it was scary as Hell.

The government later led projects in New York that helped redevelop the city together with Hell’s kitchen which is now glorious.

How It Became Hell’s Kitchen?

Now that you understand why it is called Hell’s kitchen. You are probably wondering how Clinton turned into this cesspool of madness. Clinton is located next to the Hudson River. This means that there is a lot of access to it.

It made a great trading post at the time. It served as a workspace for German and Irish tribe men. The workers eventually formed tribal groups. The groups eventually turned into gangs.

What can you expect when tribal gangs are trying to control an area? Violence, chaos, and destruction emerge. With the overpopulation, all resources, including the police were strained. The concept of law and order was just a dream.

Gang wars became a common occurrence. The streets were unsafe without strong police reinforcement. Violence and robberies destroyed businesses and scared away investors. This caused Hell’s Kitchen to fall so much deeper into chaos and lawlessness.

There was a sort of strange peace. Business owners and residents paid the gangs for protection. As long as you paid the gang that controls your location, you and your business would be kept safe.

If you failed to pay them, you would be left vulnerable to attacks. You could even get killed by the same gang as an example to others. This scared a lot of people out of Clinton.

This continued up until a new gang came up. This gang was used by Italian gangs to spread their agenda and propaganda. The activities of these new gangs led to the destruction of the initial arrangements.

This inevitably led to an open war between the gangs. This was the wake-up call. Many left Clinton and the government stepped in.

The violence continued until the 1960s when the government stepped in. After this, Hell’s kitchen slowly developed from its initial damaged self. Now it is one of the most flourishing and popular parts of New York.

The Transformation Of Hell’s Kitchen

It was first called the Great Kill by the European Settlers that found it. It was mostly known for carriage making.  Due to the Hudson River, it was a good trading post and major transport center.

A lot of immigrants moved into Clinton after the American Civil war. This caused the deterioration of Clinton and its transformation to Hell’s Kitchen.

At the begging of the 20th century, Clinton had turned into a crime-ridden Shanty. It was controlled by multiple violent gangs and development was practically not happening.

It got to a point that Hell’s kitchen was known as the most dangerous place on the American continent. When the law got a stronger grip on Hell’s Kitchen, some of the gangs turned into organized crime groups.

Other gangs went into illegal gambling and smuggling. Violence was relatively reduced and this gave a window of peace. But in 1959 violence broke out again.

This time it was a war between Irish and Puerto Rican gangs. This violence led to a series of brutal killings. They were known as the ‘Capeman murders’.

The violence finally stopped in 1968 when the government stepped in.  The initiation of the Plan for New York City between 1969- 70 changed Hell’s Kitchen. It grew with the rest of New York peacefully.

Today, a lot of amazing projects have happened in Hell’s Kitchen. Train and bus stations, amazing hotels, and bars are all over the place. It is a glorious as any other part of New York.

Many actors live in Hell’s Kitchen. This is a place that has an amazing history. Its history has inspired a lot of movies and books in this time and it will continue to do so.

Why is Clinton called Hell’s Kitchen?

It is this reputation that led to it being named Hell’s kitchen. This was to imply it was hotter than Hell. This was true at the time.

Is it safe to visit Hell’s Kitchen now?

Yes, todayit is as safe as any other part of New York. There are consistent police patrols in the area to ensure safety at all times.

Clinton is patrolled by two precincts. This gives enough police force to protect all the residents and their businesses. You won’t have to pay a gang to be safe around here.

The most well-known origin is the police officer. A police officer had come into Clinton during a riot. In the violence, he said that it was hotter than hell in Clinton.

As time went by the name Hell’s kitchen started getting more and more popular. Eventually, it became the name for Clinton.

Are there buildings or landmarks from the bad days?

There are some buildings and roads that have lasted since the founding of Hell’s Kitchen. If you are interested there is a lot of places to visit.

There are old buildings. Some were built around 1881 and they are still standing. Some roads just changed but they are as old as Clinton.

Is Hell’s kitchen a hospitable place?

Hell’s kitchen is awesome. It has a wide range of restaurants, hotels, and bars. The food is good and it is inexpensive. It is a place tourists love visiting.

Even the nightlife is as superb as any. There are clubs for those that like parting and fun is there for everyone.

Is Hell’s kitchen a place to pursue a career?

There are a lot of celebrities that come from Hell’s kitchen. Alicia Keys lives in Clinton, Vanessa Carlton, and Benjamin Appel. Even Bruce Willis spends some time living in Hell’s Kitchen.

Sylvester Stallone was born and raised in Hell’s kitchen. Now he is one of the biggest Hollywood stars on the planet.

Clinton is well known today. Now you understand why it is called Hell’s kitchen. It is a place that earned its name during a dark time in the past of the town. It was once a gang-controlled slum. The living conditions were horrible.

Clinton is now a well-developed part of New York. It has an amazing past that inspires many to create movies and write. It is peaceful and well protected by the police.

Hell’s Kitchen is a destination worth visiting in case you are interested. If you are looking for a place to stay this is also a good option.

Do You Say Happy Veterans Day? 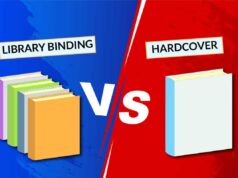 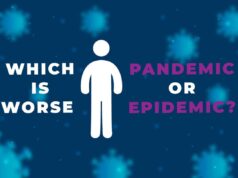 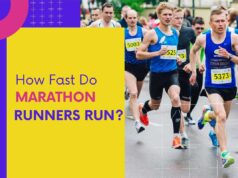 10 Best Restaurants Where You Can Make The Most Tips

How Many Steps Does It Take to Reach the Top of... 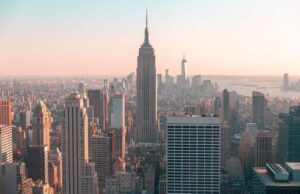 News
One of the most iconic skyscrapers not only in NYC but entire world, Empire State Building provides fantastic views of the city from its...

We provide you with the latest news and information what you are exactly looking for.
Contact us: editor@southslopenews.com

10 Best Restaurants Where You Can Make The Most Tips

Why You Should Not Play Pubg : Top Reasons