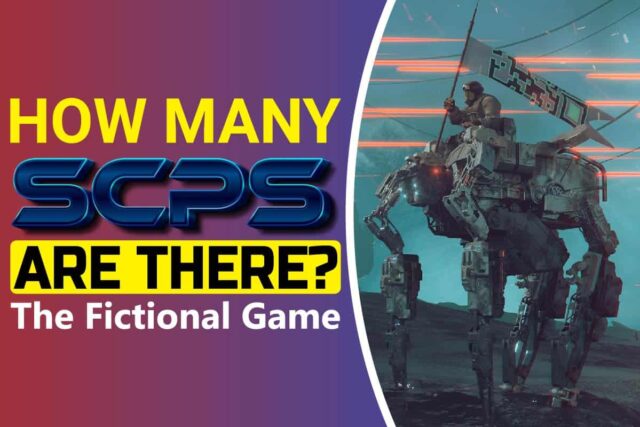 The world, God, religion, and everything happening around us is mysteries. I guess the many unexplained events in collaboration with solid humans’ imagination led to the foundation’s formation.

The SCP foundation is a great idea that helps promote creativity. The fictional organization does focus on collaborative fiction.

This allows several authors to work on one fictional story. This makes them more fun and interesting.

The purposes of the collaboration fiction are several. The stories can be developed for educational use, recreationally, or commercial gains. I’m sure many SCP fictional stories are for recreation.

The foundation locates and contains objects, locations, individuals, and entities that violate the natural law. Several SCPs have been documented over the years.

They are commonly referred to as SCPs. The stories are always so horrific but captivating.

How Many SCPs Are There

Today there are nearly 5,300 SCP objects. The SCP organization contains over three thousand documented short stories. The short stories are popularly known as the “Foundation Tales.”

The short stories consist of several genres, such as urban fantasy, science fiction, and horror. However, new articles are frequently written.

It’s the claims of the foundation that makes it a thing. The foundation states that it operates across several jurisdictions.

It claims to have been empowered and enacted by all central governments. According to SPC, the governments have given it the mandate to contain anomalous phenomena, entities, and objects.

They believe that the anomalies are national security issues that can cause both physical and psychological harm to humans.

The foundation claims to offer protection to humans against anomalies. To ensure humans are living without fear and mistrust from their beliefs.

Everything about SCP Foundation just interests. Do not worry since nothing about their mission statement is true.

The SCP is just an organization to entertain the masses. Plus, no government identifies with it, and all their stories are fictional. They rely on the creativity of their writers, who have equally proved to be gems.

What Does SCP Stand For?

The three letters SCP have been used in the mission statement of the foundation. They stand for Secure, Contain and Protect. So let me break down the words in detail.

According to the foundation, they have the role of securing the anomalies. Their work is to prevent anomalies from reaching the hands of the people or rival agencies.

The organization claims that it does extensive research and surveillance on objects. It then intercepts the monsters at the earliest opportunity. This is amazing, plus there is more to come; keep reading the article.

It contains the anomalies by preventing them from spreading their influence and effects. This has been made possible through concealing, relocating, and suppressing anomalies. They also prevent the public from accessing information about the objects.

The foundation claims it protects humanity from any effects that anomalies can cause. It also covers the monsters until when they are well understood. This means when scientific theories explaining their unusual behaviors have been found.

The foundation claims that the anomalies prove to be so dangerous. In such an event, they have no other option but to destroy or neutralize them.

The Classification Of The Objects

The foundation has a way in which it classifies the different objects. Each anomalous object or entity requires a particular containment procedure. Therefore assigning them classes makes it easy to contain them.

According to the SCP, the classes help in budgeting, research priority, and many more. There are two special classes in which SCP groups the anomalous entities and objects.

It’s the most common, and most of the objects have been classified under it.  The primary class literally makes up the bulk of the CPS objects. It has been divided into further subclasses, which are:

The safe class contains objects that are easy to control. CPS refers to the things under this class as safe. Before deeming the objects, secure CPS does a lot of research on them.

This makes it easy to contain them without using massive resources. However, the things classified under safe are not entirely safe. They can pose threats to humans when released.

The SCPs under the class Keter is a particular case. These objects are so hard to contain both reliably and consistently. This is because the foundation does not have enough information about the SCPs.

Therefore understanding them proves to be so tricky. Another thing making the containment of these anomalies hard is the lack of proper technologies. Technology plays a critical role in countering the monsters.

However, this does not mean that the SCPs are entirely dangerous. It’s just that the objects are very tricky and expensive to contain.

The SCPs objects under the Euclid class are high maintenance. The foundation needs more resources to contain the anomalies completely.

Mostly the containment measures available are not always effective and reliable in containing the SCPs. This forces the SCP foundation to develop better containment facilities.

The anomalies under the Euclid class are hard to contain because of various reasons. The foundation lacks a proper understanding of the object.

Also, the objects are not as predictable as others. This made the Euclid class have the most extensive scope. Any object that fails to fit in all other classes is always classified here.

The objects under Thaumiel are pretty interesting and helpful too. The SCPs objects contained under this class are specifically used to manage other SCPs objects.

The objects under this class are no longer harmful. In other words, they are no longer anomalous. The neutralization process can be accidental or intentional. Either way, it makes the object ineffective.

The objects classified under the class are so difficult to contain. They can breach all the containment measures put in place.

The SCPs in the Apollyon stage is primarily associated with threats about the world ending. These objects require extra effort to deal with them.

These are theoretical anomalies. They are recorded in books but have not been contained. The SCP foundation believes that containing these objects makes them more dangerous or vicious. Therefore they are just left to wander. They are termed as being uncontrollable.

The standard classes contain several subclasses that offer more details on the classes under the primary types. They include:

The objects in the narrative classes are not classified in any of the above sections. These objects are only used once in a narrative to further the understanding of a particular SCP. They do not play a significant role in the narrative.

The explained SCPs are the articles that have information about anomalies that are well understood.

The monsters are well understood to the rate at which their effects can be scientifically explained.

The class was used mainly by the past senior staff to delete unwanted articles. In addition to deleting the articles were put on some wall of shame. However, the class was abolished and is no longer in use.

The SCP-666 is a spider believed to be one of the most dangerous. It has been classified as safe. The other most hazardous spider on earth is the black widow.

The one thing that amazes me is the spider’s size. The spider is more enormous than the famous goliath bird eater.

However, there is no recorded evidence like video footage that shows that the spider targets humans.

The spider primarily attacks other insects, spiders, and inferior SCPs.  However, it’s believed that enough of its venom can cause heart attacks in humans. This is about two or three bites.

The SCP-990 is commonly referred to as the dream man. It’s a male human who is dressed conspicuously in a cold war time business suit. His narrative claims that he appears in the foundation’s personnel dreams.

However, the SCP-990 has never been experienced by any person. He has never appeared in the foundations’ personnel or non-personnel dream. It’s all but fantasy.

The SCP-37340 is a funny object. It’s believed to be Ashur. Who is regarded as a god of the windswept plains? Ashur is a Babylonian god who can control the air currents.

God appears as a young masculine, and tall human male. The Ashur is thought to be unchallenged and most victorious of the entire gods.

The SCP-37340 is currently in containment at site 81 cells in large modified humanoid containers.

The SCP is an organization that tries to explain natural law. It has several authors who team up to create, develop and publish articles.

The authors have been able to create fictional characters or objects which are referred to as SCPs.

The stories might be horrific but are just meant for entertainment purposes. Do not take anything you read from the articles seriously because the stories are just fictional.

Within years the authors have been able to develop several characters or objects. The SCPs have been given a coded name like SCP-666 and many more. To learn more about the SCP and SCPs, visit the SCP main website. Why Does Maldives Beach Glow at Night? 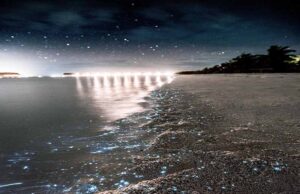 News
One of the main reasons why Maldives are considered one of the best summer destinations is the fact that its beaches glow at night. If...

What Should I Choose: Angular, Node Or React?