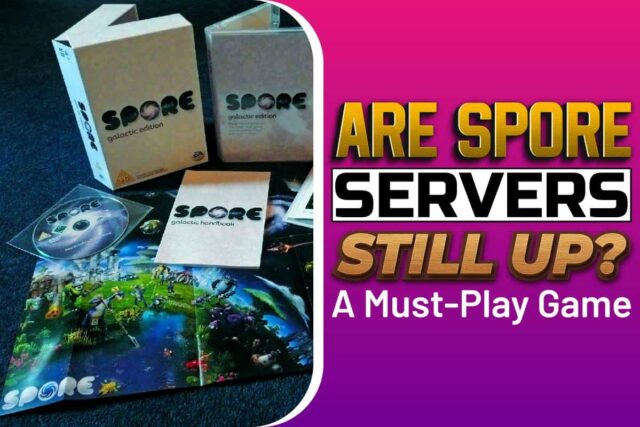 Spore allows players to control the evolution of a species from its beginnings as a microscopic organism to interstellar exploration as a space faring culture.

Additionally, the game boasts an online community where players can share ideas and showcase their creations and achievements.

There have been speculations that Spores servers are no longer functioning. The page didn’t come up when some players tried accessing it.  So this made most people assume that the server was down.

Are Spore servers still up?

Spore servers are still up and running. The game is available for download at the Spores official website. You can also get Spore at EA’s Origin store.

The full version of the game is only accessible as a paid download. You can, however, download a free trial and enjoy the game for a limited time. Spore is included in the EA Play membership bundle if you have one.

How To Get Spore Free And Install

To get a Spore trial version, follow the steps below.

Note: If you have not installed the latest version of EA Download Manager, a pop-up window suggests installing it right away. Your system may not receive some security patches and updates if you skip this.

How To Uninstall Spore

You can uninstall Spore if you do not want to continue playing the game after the trial period. Follow the steps below to get it done.

Spore was first launched in 2008, but there hasn’t been a significant update since then. It’s an interesting game to play. Spore is a must-have for those seeking an opportunity to relive their childhood gaming experiences or enjoy some vintage graphics and gameplay.

You’ll need to buy Spore on Steam or subscribe to EA Play to progress from the free trial to the full game.

Although Spore is a single-player game, you may share your creation with your pals and see how other players construct their characters.

How To Play Spore

As you construct new animals, you get to play the Creator of your universe. Will they be pack animals, hunters, vegetarians, or loners?

Keep an eye on your creatures as they travel into the unknown in search of food, and devise a plan to help them live and prosper in this universe.

You’ll have to make some difficult decisions for your creatures as you progress through the phases of evolution.

Choose one of three paths: religion, trade, or war-making, and see how your decisions influence the balance of civilization. Additional species will try to attack you, and you must survive to conquer other planets in the universe.

Log on to the online Spore site if you’re looking for ideas or want to show off your creations. Here you may see what other members of the Spore community have created and downloaded various animals and accessories for use in your universe.

When you download Spore, you get to play the Creator. The game allows users to create species as microscopic organisms and then evolve them into complicated creatures of their conception.

When it comes to character design, there is no limit to how inventive you may be. Give your creatures, personalities and distinct appearances then utilize them to fulfill various game phases.

It includes real-time strategy, action, and role-playing games. The massive game scale, procedural creation, and open-ended gameplay have drawn a lot of interest.

The game has several stages. The outcome of the previous phase influences the player’s initial circumstances and levels in the next phase.

According to the developers, each phase has its play style and is ten times more difficult than before.

Optional missions are common in phases; completing a mission rewards the player with a benefit, such as a new ability or money.

If a player’s creations get destroyed simultaneously, the species will experience rebirth at the nearest colony or the start of the phase.

The game’s main goal is to approach a super massive black hole in the galaxy’s center and receive a “Staff of Life.” After any goal has been achieved, though, the player may continue to play.

It’s worth noting that each stage has no time limit: the player can stay in one for as long as they want before moving on to the next. The player’s actions impart a characteristic, or consequence trait, to their creature at the end of each phase.

The Five Stages Of Spore Evolution

In the Spore universe, your creatures will go through five stages of evolution as they progress from simple organisms to space-traveling, highly intelligent animals.

Your creatures will go through five evolution stages in the universe as they evolve from simple microorganisms to complex, intelligent creatures.

Every living thing starts as a single-celled organism. The cell stage is an important stage for learning the fundamentals of survival, such as how to eat, reproduce, and live.

You will utilize these abilities in the later phases. You’ll decide whether your creature is a predator or a herbivore at the cell stage, and this will affect the mouth and teeth it develops as it grows into a complex organism.

Your species has now moved to land and must begin searching for food while avoiding predators. While it can swim, if it tries to explore new territory, it will be devoured by a sea monster.

Find your species’ home base, and as you relate with other animals, your creature will learn social skills and make allies and enemies in the animal realm.

Your species now have developed brain and personality traits. You can now manage the entire species instead of just a single creature.

Your tribe will have 12 creatures, and you can help them grow by recruiting allies from the other five tribes. By being friendly with other tribes or destroying them, you can raise the number of your tribe.

Your creature is now the dominant species in the world once you complete the tribal stage. They’ve split off into several nationalities and begun to expand over the globe.

With the objective of world dominance, you’ll still rule one nation and one city. You have the option of using violence, diplomacy, or religion to accomplish this.

It’s time to conquer the skies and colonize space once you’ve mastered the earth.

You’ll be given command of a single spaceship as the game’s space stage begins, and you’ll be able to travel through black holes, wormholes, black holes, and all of the galaxy’s planets.

You can meet with other space civilizations and build your empire once you’ve arrived on a planet.

Since its release in 2008, Spore has only been compatible with Windows XP and Vista. If you’re using Windows 10, follow these steps:

Your computer should run on at least Intel Pentium 4 (2.0 GHz) or something similar to it. Your system should have a minimum RAM size of 512 MB in addition to a 128 MB video card. For DirectX, version 9.0c and higher will suffice.

You’ll also need at least 4GB in your hard drive to install and play the game. To save your creatures, you’ll need an additional 1 GB.

Will There Be A Sequel To Spore

Many Spore fans are expecting the release of a sequel to Spore. The sad news is that the possibility is unlikely. More than a decade since its release, there have been no significant updates to the game. Maxis Studio has also dropped support for Spore.

Spore is a single-player life simulation strategy game created by Maxis and distributed by Electronic Arts. Additionally, the game was released in 2008 and available for Windows and Mac OS X.

Despite rumors about a possible shutdown, Spore servers are still up and running. You can download the game from Spore’s official site or EA Sports Origin store. How To Be A Skilled Negotiator 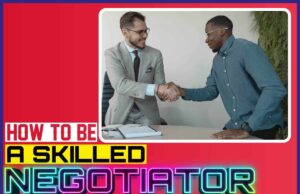 Business
There are a lot of reasons in your life you might need to negotiate and have skills for it. For example, it’s common to...

How To Edit A PNG File: A Quick Guide

Looking For A Digital Marketing Agency? Here’s Some Important Advice