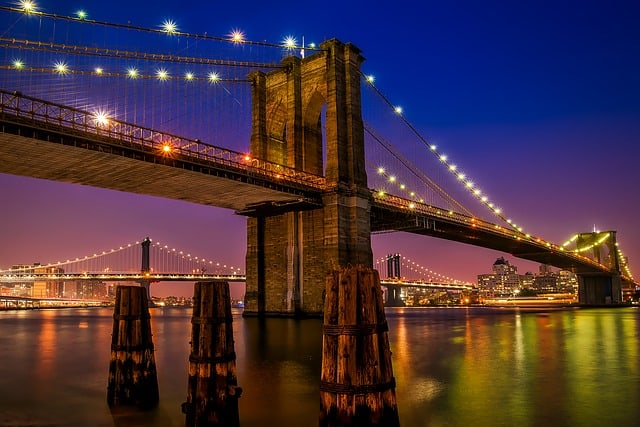 If you’ve checked any New York travel guide, you’ve probably noticed that all of them are featuring the Brooklyn Bridge as one of NYC’s main attractions.

But, why is that the case, why is the Brooklyn Bridge famous?

It’s because this is the world’s oldest steel-wire suspension bridge, among many other things. Another reason why the Brooklyn Bridge famous worldwide is the fact that it’s located in one of the most prominent parts of one of the largest cities on the planet. And such, it has a very special place in the hearts of New Yorkers, with an incredible cultural significance. The Brooklyn Bridge was featured in many movies, TV shows, paintings, and so on, not to mention that many historical events took place here.

Facts About the Brooklyn Bridge That Make It So Famous

The bridge connects two large neighborhoods of the New York City, namely Brooklyn and Manhattan. That is the reason why it’s still one of the most commonly used routes in the city. And that also explains why New Yorkers decided to construct it a long time ago.

The city of New York changed its name from New Amsterdam in the late 17th century and since then, it started growing rapidly. As the population grew, the need for new infrastructure grew as well. People just had to spend too much time going from one neighborhood to another by boat.

This is why a German immigrant called John Augustus Roebling decided to put an idea of constructing a large bridge in the middle of NYC in motion. In 1867, the New York State Senate decided to listen to Roebling’s advice and the construction of the Brooklyn Bridge soon started.

They decided to give the bridge the name the New York and Brooklyn Bridge and construct it in the neo-Gothic style, which was incredibly popular in the United States at the time. After 16 years of working on the bridge construction, it was finally finished. The big opening of the new bridge happened on the 24th of May 1883.

The bridge was (and still is) 5,989 feet long, with a width of 85 feet. The Brooklyn Bridge is 276.5 feet above the water level, meaning that boats and ships on the East River have no problems passing through below the bridge.

Although it was constructed to be used for horse-drawn carriages, these days, the bridge six lanes of motorway, as well as lanes for elevated trains and streetcars. There’s also a lane on each side designed for pedestrians and cyclists.

Events That Brought the Brooklyn Bridge Its Fame

Its location and importance in the daily lives of New Yorkers have made the Brooklyn Bridge famous in this part of the world. Still, there are some events that took place here that put the bridge on global maps.

In 1919, an Italian flying ace called Giorgio Pessi did a daredevil feat with his plane, piloting it under the bridge. His feat is even more impressive given the fact that the plane he piloted was the Caproni Ca.5, which, at the time, was one of the largest aircraft in the world.

Furthermore, over the years, Brooklyn Bridge became a sort of holy place for daredevils from all around the world. It became a thing of prestige to jump from the bridge and dive into the water below. Many jumpers survived to tell the story of their feat; many, sadly, didn’t.

Another practice that made this bridge famous is the one involving the so-called love locks. How it works is that in-love couples engrave their names and/or the date when they when their relationship started, then attach the lock to the bridge and throw away the key into the water below.

Although these things have certainly had a big impact in spreading the Brooklyn Bridge fame across borders, it’s cinema that made it really famous. Some of the most popular American movies of all times feature this bridge.

A big majority of movies set in the New York City feature the Brooklyn Bridge in at least some of the scenes. Still, there are some films in which this bridge plays a pivotal role. Let’s talk a bit about those films!

The movie from 1942 stars legendary Olympic swimmer Johnny Weissmuller in the role of Tarzan. The plot is set in New York and the Brooklyn Bridge is featured prominently. One of the most iconic scenes from this movie is the one in which Tarzan jumps from the Brooklyn Bridge in order to save a boy’s life.

Contrary to popular believe, Johnny Weissmuller did not do the Brooklyn Bridge jump. Although he was famous for performing his own stunts, the scene was done in a studio. And rather than letting the lead actor risk his life, the producers used a dummy to shoot this scene.

According to the director of Saturday Night Fever, the scene featuring the Brooklyn Bridge at the beginning of the movie is made to be symbolic.

The Wiz (The Wizard of Oz Remake)

Although it didn’t achieve the same level of fame as the original, the Wizard of Oz remake is notable for featuring impressive scenes of certain NYC landmarks, including the Brooklyn Bridge.

With Dustin Hoffman in the role of Babe, the marathon man, the movie has gained a cult following, especially among New York residents. It’s set in the NYC and in many of its scenes, it shows famous landmarks, the Brooklyn Bridge included.

The View of the NYC from the Brooklyn Bridge

If you’re still not convinced that going to the Brooklyn Bridge should be on your travel itinerary the next time you visit the New York City, there’s one more thing you need to know. The Brooklyn Bridge will give you an amazing view of the city.

When you get to the bridge, you will be able to see almost entire Brooklyn, including the neighborhoods like Boerum Hill, Prospect Heights, and Williamsburg. If you turn around by 180 degrees, you will get a view of the Manhattan.

From the middle of the west side of the Brooklyn Bridge, you will be able to see such important buildings as the One World Trade Center, the Empire State Building, the New York Stock Exchange, and many of the skyscrapers in the Wall Street. You will even be able to see the Statue of Liberty from here.

And if you go to the east side of the bridge, you will get a view of the Manhattan Bridge, another important structure in the daily lives of New Yorkers. You will also be able to see the headquarters of the New York City Police Department, as well as many buildings on the Broadway.

Getting to the Brooklyn Bridge

New York is huge, one of the largest cities on Earth. This is why the best way to get to the Brooklyn Bridge depends on your location within the city. If you’re arriving in the NYC by plane that lands on the JFK International Airport, your best route to the Brooklyn Bridge is through Brooklyn’s neighborhoods of Cypress Hill, Bushwick, and Williamsburg.

You can do this by public transport, airport shuttle, or by cab. And if you’re feeling a bit adventures, you should consider going by AirTrain JFK Green and get out at the station Marcy Av in the center of Williamsburg, after an hour fifteen ride.

From there, you can walk through one of the most beautiful neighborhoods in Brooklyn and check out such attractions as the Williamsburg Bridge. If you’re wondering is Williamsburg Brooklyn safe, well, it’s as safe as all the other Brooklyn neighborhoods. The chances are pretty low that you’d get robbed because the NYPD does a very good job here.

Once you’ve checked out the Williamsburg landmarks, it’s time to walk along the Navy Yard, passing by the University, before getting to the Downtown Brooklyn. From here, it’s less than a mile to get to the bridge.

And if you’re going to be in Manhattan or Jersey City during your New York stay, or in some other place north of Brooklyn, it’s pretty easy to get to the bridge. After checking out all of the landmarks of Manhattan, you can just go over the bridge to get to Brooklyn.

What Beaches are Closest to Charlotte, NC? 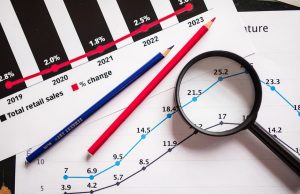 Business
Sales volume is simply put, the number of products you're selling over a certain period. Focusing on sales volume is a common business tactic...

When Do High School Reunions Happen? Things You Must Know

Why Do They Call It Hell’s Kitchen?