In our lives, we often encounter different symbols in books, magazines, places of worship, clothes, jewelry items such as necklaces and earrings, etc.

Once in a while, you might have encountered a symbol of a circle with a star inside it. Have you ever asked yourself what that symbol means or why you saw it at that particular place?

A star inside a circle is a symbol seen at different places in our daily encounters. This article will focus on the meaning of this symbol, its origin, and areas where it is commonly found.

What does a star in a circle mean?

There is no distinctive meaning for this. The symbol of a star inside a circle has many different meanings, depending on the religion, history involved, and the type of star.

A five-point star inside a circle has often been referred to as a pentacle and has the following different meanings:

In paganism, the five points in a pentacle represent four classical elements (air, fire, earth, and water) and a fifth is spirit or self, depending on religion.

In Christianity, the five points in a pentacle have been used to represent the five wounds of Christ.

On maps, a star in a circle or dot usually means the capital of a country.

In Taoism, the pentacle represents five elements of the east: fire, wood, water, metal, and earth.

The Wiccan religion has used the pentacle to signify five elements of life (water, air, fire, earth, and spirit) and the circle around it to represent the universe; and connect them all.

Six-point star in a circle is a common symbol in Judaism called the Shield of David.

Some scholars argue that this star-shaped symbol is related to ancient astrology. The five corners denote the five brightest planets that were discovered long ago. These are Mercury, Venus, Mars, Jupiter, and Saturn.

In the Baha’is religion, the nine-point star inside a circle symbolizes faith. Nine is the highest digit number shows completeness and fulfillment of the religion.

History Of The Pentacle

The origin of the pentacle is traced to Mesopotamia back in 3500BC. It was used by Babylonians and Sumerians.

Heptameron and Key of Solomon are the documents that depict the symbol of the pentacle. The pentacle has existed since the stone age and is among the few ancient symbols popular today.

Over time, it has been used in religion, fashion, architecture, and art, while others associate it with witchcraft, magic, and divinity.

There is no such special meaning attributed to the symbol of a star in a circle. People use it on different occasions to signify their different meanings. For instance, it is used in jewelry for beauty and has no specific or unique meaning.

When you see it in churches, perhaps you will deduce it represents the five wounds of Christ. It all depends on your beliefs, perception, and what society has taught you about it. 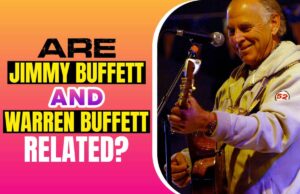 Lifestyle
Jimmy Buffet and Warren Buffet are undoubtedly two of the most successful individuals in today’s society. Building lucrative careers in the music and business...

What Are Weavers? Figuring Out Handcrafts

Why Does Copying Take So Long On PS4? PS4 File Management