Today, you can access various programming languages due to modern advances in technology. Most organizations are diversifying and building apps for different purposes. Hence, the demand for quality technologies is on the rise. One of the most powerful languages in the industry is Golang. It is a modern programming tool that first appeared in 2009, developed by Google experts. The main aim of designing this language was to develop an improved and efficient version of a programming language addressing the gaps in existing options.

With Golang being an open-source language, many developers love to use it when developing different web products. Unlike other languages, Go is lightweight and allows code compilation in various operating systems.

Golang developing features make it easy to create simple, reliable, and efficient web products. However, the decision is dependent on the type of app you want to develop. Even though developers are skilled in different technologies, most prefer the language they want to use.

While Golang might be a powerful language, it has its downsides. This article explores the pros and cons of using this language in different aspects.

Pro: When you assess the usability of Golang, you will be amazed by the simplicity it offers. It has a small syntax that is easy to grasp. If you are conversant with C or C++, you can easily learn Golang faster.

The developers behind Golang wanted to maintain simplicity to make it more efficient. Interestingly, you can create multithread codes in the background without interfering with the development process.

Con: Despite its simplicity, Golang has a downside when developing large projects. It is a tricky language to use when you are building an app with high data volume. This means that coding can result in several bugs during compilation. Therefore, as much as you might prefer Golang’s ease of use, you need to consider other smart languages.

In short, you don’t need a virtual machine to run codes. Besides, any app that you build using this language uses fewer resources. Not forgetting that Golang helps you to debug faster, unlike other languages.

Con: The flipside of not depending on virtual machines is that the binaries are extremely big. This means more data consumption during the coding phase. Even though the binaries have undergone a compression process, you might still experience RAM congestion. Moreover, you can get many errors because the server might multiply different code versions.

Pro: Golang is designed with automatic features that help developers compile codes faster. You don’t have to manage your memory manually using Golang. It collects the unwanted garbage and keeps your coding process clean. Thus, automation is a time-saver and increases productivity.

Con: As much as automation is a lifesaver, it has many pitfalls. Most developers can attest that automation features are not entirely the best. The garbage collection feature can sometimes become active when it is not supposed to, resulting in critical errors. This might also cause the server to delay in responding to the codes. Sometimes it is better to use the manual coding approach to be on the safe side of a chaotic experience.

Pro: As mentioned above, most C experts love Golang because of the similarities in syntax. However, it is more user-friendly because it has added advantages like automatic garbage collection and an easy-to-use structure.

Con: Experts believe other languages are similar to C and not Golang only. For instance, Rust, Java, C++, etc. Besides, professional programmers do not compare bocks or variables to improve their skills. Other technologies build top-tier products in the industry.

Pro: One aspect that makes developers love Golang is its syntax libraries. Apart from being standardized, they have built-in functions that help developers write codes faster. What’s more interesting is that the syntax libraries are ready with updates.

Con: Although Golang has modern libraries, many other languages are more updated. Most developers might opt to use native languages already stable in the industry.

Let us explore other advantages that Golang offers its users:

Unlike Java and C++, Go is quite efficient in terms of functionality. The reason behind this is that the language has ready codes compiled. Thus, the processor can recognize the codes faster and allow developers to work efficiently.

As the name suggests, Golang operates on an open-source platform. The programmers can use the codes easily without requesting permission or buying expensive licenses. Being a creation of Google, Golang poses no risks or challenges for coders in terms of performance. You will develop top-notch apps without a doubt.

Another plus of using Golang is that it is concurrent. Developers can run multiple processes simultaneously without any complications. All functions are independent; thus, they don’t interfere with one another during the coding and performance processes.

The software development industry is diversifying, and many programmers are searching for the best technology to use. Despite its few years in the market, Golang is among the most reliable languages today. It is a trusted technology mainly because it is an invention of Google experts. Therefore, judging from the pros and cons of Golang discussed above, you can decide whether it will suit your next software project. How Much Does It Cost To Ground A House? Must-Know Information 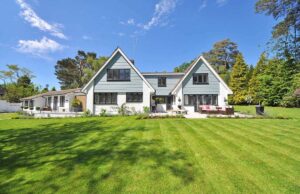 Finance
Is your house appropriately grounded? We all need to take various safety measures when moving into a new house and one of those is...

A Guide On How To Boot Someone Offline With Their IP

How Do Cobots And Humans Work Together?

How To Utilize Software Innovations To Have Your Favorite Content On...