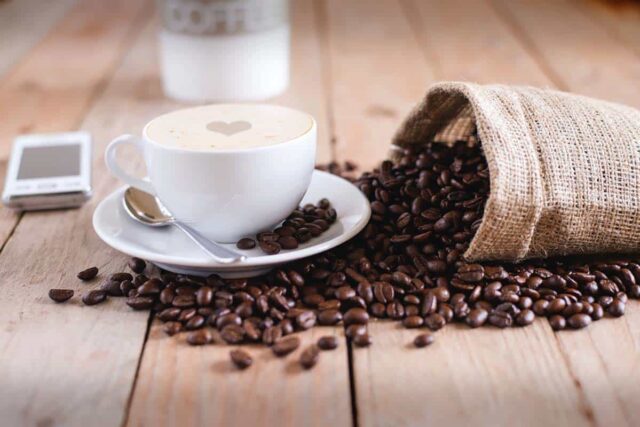 If the refreshing taste of coffee doesn’t please you, the myriads of health benefits the beverage has should.

Coffee is a nutrient and antioxidant powerhouse. It’s one of the most popular beverages in the world.

But the thing is, some people react to caffeine, making coffee unsuitable for them. Below is a popular question many have been asking.

Does coffee extract have caffeine?

The answer is yes. The coffee extract does contain caffeine. Caffeine is the main ingredient in coffee. And the process by which the coffee extract is made doesn’t remove caffeine from the final product.

The coffee extract can be produced by brewing coffee in an alcohol solution. And because caffeine is soluble in alcohol, you’ll find it in the final product, which is the extract.

How Consuming Coffee Affects Your Body

Caffeine is the first ingredient that is mentioned when people talk about coffee. It’s coffee’s active ingredient.

Caffeine is a well-known stimulant. It’s also used as a psychoactive substance around the globe.

Understanding how caffeine affects your body will help you prepare for any surprises. Caffeine stimulates the nervous system.

When it finally enters the bloodstream, it temporarily causes high blood pressure and an increased heart rate.

You may notice this after gulping down a few cups of coffee. But it might only be temporary. So there might be no cause for alarm.

Caffeine improves mood and energy levels. It can make you super energetic and smarter at any time of the day.

Another unique thing about caffeine is that it acts super fast. Within a few minutes after gulping a cup of coffee, you may start feeling the effect.

Most weight loss and over-the-counter headache medications contain caffeine. It’s not just present only in coffee.

But the caffeine in coffee is natural, and that’s what sets it apart. But besides coffee, other foods containing caffeine include guarana seeds, chocolates, white tea, green tea, black tea, etc.

The Effects Of Coffee – How Long Does It Last?

It hurts when you can’t sleep and do not intend to stay awake. It’s obvious the few cups of coffee you had some moments ago could be at work.

So, how long do caffeine’s effects last in the body? Unfortunately, there’s no duration or set time limit.

However, several factors determine how long caffeine’s effects can last. These include your body weight, age, and tolerance to caffeine.

According to studies, caffeine’s half-life is 5 hours. That means if you take 30 milligrams of caffeine now, you will have 15 milligrams left in your system after 5 hours.

How Coffee Affects Your Sleep

Coffee is refreshing and can give you loads of energy. But you have to be ready to pay the ultimate prize. And that is, forfeiting your night rests.

Coffee has the highest caffeine content, among other beverages. And caffeine, being a stimulant, acts by keeping you alert. It can also deprive you of a good night’s sleep. A study has shown that it can delay the body’s clock timing.

However, caffeine’s effects on the body don’t just last for a few hours. You can feel the effect throughout the day.

Even when you no longer feel caffeine’s symptoms, there could be some traces of the substance in your system.

Again, coffee, thanks to caffeine, may not only lower your sleeping time, but it may lower the amount of deep sleep you get.

Coffee Consumption – How Much Caffeine Is Enough?

How caffeine is metabolized in the body differs from person to person. Factors such as age, genetics, weight, and liver all play a major role in dictating how quickly the body can process caffeine.

Though caffeine response varies, consuming 200 to 300 mg per day is considered safe for most adults. 400 mg and above can be too much for most people.

Excess Caffeine From Coffee – What Happens When You Cross Your Limit

Most times, it might be hard to determine your total caffeine intake. Why? Other drugs and foods contain caffeine.

So, if you only focus on coffee, you might miscalculate. However, if coffee is your only source of caffeine, then you can control your consumption.

How do you know you have consumed excess caffeine?

The symptoms are obvious. Besides jittery legs, you may start noticing other signs. These include restlessness, nausea, sweating, anxiety, and diarrhea.

Note – Most of these symptoms might be unpleasant, but your life won’t be in danger. But if you have any cardiovascular signs, be extra vigilant.

Consuming Excess Caffeine From Coffee – What You Need To Do

Your first step when recovering from caffeine overdose should be to exercise some patience. It’s like recuperating from a hangover. There’s no treatment or cure for caffeine overdose’ symptoms.

But then, while you’re waiting for your situation to improve, here are a couple of things you need to do.

Stay Away From Coffee:

Taking a walk might help you feel a lot better, particularly if you feel you have some bottled up energy you need to expend. But while walking, keep an eye on your heart rate. If it starts beating irregularly, stop moving and relax a bit.

Caffeinated drinks like coffee may only have a mild diuretic effect. They don’t necessarily increase your risk of dehydration but can cause you to urinate frequently.

But you shouldn’t leave any stone unturned. Drink enough water while waiting for your caffeine overdose to wean off.

Be sure to drink water throughout the day to prevent any form of dehydration. Water is good for the body, so you’ll be doing yourself a lot of favors.

Eating can help in slowing down caffeine’s release into your bloodstream. You have to consume high fiber foods, which are slow digesting. Some examples include beans, starchy vegetables, seeds, nuts, lentils, whole grains.

Once you start to feel a bit anxious, focus on your breathing. Take slow but deep breaths. You can also use meditation to calm your nervous system and mind down.

Note – It’s not possible to flush out caffeine once it makes its way into your system. The best you can do is wait patiently for the caffeine to flush itself out naturally.

The coffee extract does contain caffeine. The process by which it’s being produced doesn’t eliminate caffeine.

Caffeine does a lot of positive work in the body. But that doesn’t mean you should overdose. You surely don’t want the unpleasantness that accompanies coffee overdose. We hope you find this information helpful. Business
One of the fundamental laws of the universe we live in states that matter can not be made de novo or destroyed. This basic...

How to Host an Outdoor Wedding

10 Tips For Making Your Bedroom A King-Sized Haven

How To Keep A Good-Looking Face As We Age