If you plan to move to Texas, you must have seen their low real estate prices on the internet or through a friend.

The fact is, Texas has some of the lowest house prices in the US, next to Oklahoma and other remote states.

Seeing the low prices might make you think the houses are substandard, but this is not the case. The homes are as good as any other, yet they are much cheaper; why is this the case? Let us get into the details and help you figure this out;

Why Are Houses So Cheap In Texas?

Texas is a growing state, and the real estate prices will eventually spike to match that of other states. As of today, their house prices are low compared to other states, so let us look at some reasons behind this;

Texas is huge, and following supply and demand, the land is cheaper since it is in high supply yet the market is low.

Investors can buy large tracts of land at low prices, which lowers the cost of building houses; thus, the homes are cheaper.

Places like New York or California have limited land; therefore, the available pieces are expensive. The investors have to compensate for the land cost in the house; hence you pay more in such places.

The good thing is, even the major cities are not that expensive, so you won’t get prices as high as New York.

The only place that has increased prices is Austin and the areas around it since it is a business center that moves a lot of money and people make a bit more there.

Texas’s tax rates are significantly lower than in other states across the US. This means it is cheaper to own a house, and you can get a home at a more affordable rate. The income rate is low, so the cost of living is generally lower in Texas than in other places.

There is a significant population, and most of it is in the working-age making low salaries. As such, the cost of everything is lower to an outsider. The labor is also cheaper, so most people can afford to build houses without straining the buyers that come for them.

Houses in Texas are cheaper because it is generally cheaper to build a home. Most sellers impose the cost of building a place onto the buyer, so the cheaper it is to make, the cheaper it will sell.  Texas has affordable land and labor; thus, the houses are cheap. Why Are Flies So Annoying? Dealing with Pesky Insects 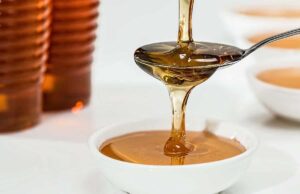 Blog
Honey is a natural food manufactured by bees. It offers enormous nutritional and health benefits. Most people also prefer it to white table sugar. Bees...