Are you in the military and thinking of going AWOL, but the one thing stopping you is the consequences of doing so? Well, you’re not alone!

The full meaning of AWOL is “Absent without leave or absent without official leave.” It’s a common thing in the U.S. military.

As a civilian, you have the right and freedom to go wherever you want. But the moment you join the military, keep in mind that those rights no longer exist.

So, can you go AWOL and get away with it? In this post, you’ll find information that will help you make the best decision on this subject matter. Read on!

Tips On How To Go AWOL And Get Away With It

Firstly, if you are considering going AWOL, put such plans aside. Why? Doing so will land you in more trouble.

So, let no one tell you that you can go AWOL and get away with it. Instead, there are legal ways to leave the military, even though your contract hasn’t ended.

Here are ways you can get out of the military clean.

1. See out your contract:

The most honorable thing to do is to see out your contract. Just be patient and give your all to the service. Do not fight or commit a crime. You could be dishonorably discharged if you do, and no military personnel would want this.

Fighting or committing crimes that would make the military consider sending you packing would only mess up your life. You could end up in jail or face harsher punishment.

Again, wait for your contract to end and walk away. This way, you can hold your head high when leaving your military base.

2. Get out during training:

You can get out of the military clean even though you have started training or you have been considered to be in active service.

The military rule is simple. Once accepted to join the military, you’ll undergo training to acquire the necessary skills you need to be useful during combat. You have 180 days to leave the army or go AWOL during your training.

When you leave during the 180 days window, also called “entry-level separation,” the Army command won’t pin anything on you. You can go free and never return.

Note that the military considers you an asset when you finish your training. You’ll become valuable to the army and can’t go AWOL without facing severe punishment.

So, if you want to leave the military clean, do so during your training. You have 180 days to decide if you wish to stay or say goodbye to the military.

Good health is what we all wish for ourselves. But anyone can fall sick at any time. The military is for people who are completely healthy and physically strong. This profession is physically demanding, so you must be well in your body and mind.

The military may decide to discharge you if you have a certain medical condition. They won’t fight to keep you around if your state makes it impossible or difficult for you to give 100% to the service.

So, if you sustain a massive brain injury or lose multiple limbs, you may be allowed to leave the military without facing any penalty.

A Handy Tip: Intentionally getting yourself injured because you want to leave the military is one big risk you should never take. If the Army command finds out, you’ll be in big trouble.

Plotting with a health professional to fake medical records can also land you in trouble. The Army command may not press charges against the medical professional but instead focus on you.

Do you want to leave the military clean before your contract ends? Play the lottery and hope that you emerge a winner someday.

If you win a lottery, you can request to terminate your contract early. If approved, the Army command would end your contract and discharge you honorably.

You’re the one that will request the termination of your contract. And keep in mind that the service reserves the right to accept or reject your request to quit.

If you hold a top position in the military and request them to terminate your contract after winning a lottery, they could deny your request.

Furthermore, most people may be wondering why anyone would think of leaving the army because they won a lottery. If you need an answer, you have found one.

The answer to this question lies in the interview that Don Burdette, a former seaman, and one-time lottery winner, granted Stars and Stripes.

According to Don Burdette, it is difficult to do the rest of your time when you have massive cash stashed in the bank, and there’s always money on your mind.

And yes, Burdette was right. Suppose you won $100,000,000 in a lottery. What else would you want in the military? You could start a business or invest in one and live on your profit for the rest of your life.

A Handy Tip: There’s nowhere on the enlistment contract where it was stated that you can leave the military when you acquire a large sum of money.

You’ll only find a clause called “Unique circumstances,” which states that service members can request to leave the service before the end of their contracts under certain circumstances.

Before taking this route to leave the military, note that it is a difficult one. Why? When signing your military contract, don’t forget you stated that you’re not a conscientious objector.

In the military, you cannot decide which war or activity you want to participate in. You have to obey and carry out orders from your superior.

On the contrary, a conscientious objector is opposed to fighting or getting involved in all wars. It is against their religious belief and training.

Why Do Soldiers Go AWOL?

A soldier could face a penalty for going AWOL. So, it is unnecessary to make such a decision. If you do, the military will find and punish you.

So, don’t let the military destroy your life because you went AWOL. Go back to base voluntarily, and face any punishment given to you.

Now, here’s the thing. If you return to base voluntarily, your punishment would be lesser. But if the army invests time and energy to track and take you back to base involuntarily, the penalty would be more severe.

The question now is why do soldiers go AWOL? Here is a list of reasons such might happen.

We hope you have learned how to go AWOL and get away with it. But keep in mind that you cannot go AWOL and not face punishment.

So instead of going AWOL, or leaving the army without proper authorization, why not leave through the right process? We have shared ways to leave the military clean, even though your contract hasn’t ended.

However, let’s not forget that there are reasons soldiers go AWOL. It could be that they are homesick, suffer poor treatment from senior officers, are overwhelmed by the condition they’re going to face, and more.

But the main thing is to leave the army honorably. Do not ruin your life because you want to get out of the military by any means. How To Use POS Systems In Your Business: Tips To Increase... 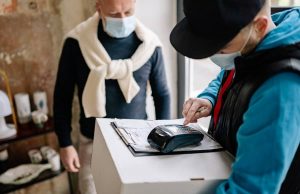 Business
POS stands for point of sale and is a system that businesses can use to manage their sales. It tracks inventory, manages customers' purchase...