To date, cryptocurrency has penetrated industries like business, finance, and art, among others. And now, it’s beginning to take over the world of sports as well. This arguably began when soccer superstar Lionel Messi accepted fan tokens as part of his salary when he signed with Paris Saint Germain (PSG) last year.

From there, it seems that fan tokens have already become some of the most sought-after items in sports. In fact, Chiliz — the blockchain platform that serves as the foundation for the majority of fan tokens from sports teams, clubs, and leagues around the world –– recently surpassed a $1 billion market cap thanks to fan tokens alone.

But what exactly are fan tokens, and why does everyone want them? Here’s everything you need to know on the subject.

What Are Fan Tokens?

You’re probably familiar with regular crypto: It’s a store of value that as we’ve mentioned can be traded in crypto marketplaces and used to purchase products or services. This makes them store-of-value tokens. On the other hand, fan tokens are essentially crypto-adjacent utilities that provide owners with the chance to access exclusive opportunities with select teams. They’re available during fan token offerings held by involved organizations (like PSG), and can be bought with the cryptocurrency of the host blockchain –– like $CHZ, in the case of the aforementioned Chiliz.

What Kinds Of Opportunities Are We Talking About?

Today, team and league fan tokens are being used largely to provide exclusive perks to their fans. Some of the most popular concern the ability to influence team decisions. These include determining bus or jersey designs, naming new facilities, and even choosing the music that’s played before a game. Fan tokens also unlock opportunities like access to exclusive games as an honored guest, chats with team members, or “superfan” recognition. It’s also worth noting that the more fan tokens a given fan owns, the greater the probability of special rewards and access benefits.

Though fan tokens and NFTs are similar, there’s an important distinction in that NFTs are non-fungible or non-interchangeable. By contrast, fan tokens aren’t. For example, one PSG fan token is just like the other. You and your friends can even trade fan tokens of one team for that of another.

One thing these two crypto products do have in common, however, is that they’re both speculative by nature. This means their prices fluctuate constantly. Along with regular crypto, fan tokens and NFTs are thus viable investment vehicles as well –– though both carry risk.

How Prevalent Are Fan Tokens In The Sports World?

Today, Chiliz and dedicated fan token company Socios have dozens of partners across multiple sports and across continents. In soccer alone, fans have spent more than $350 million on tokens from prominent teams like PSG, Manchester City, and Atletico Madrid. Esports teams like Endpoint CEX, Division 6ix, and OG — as well as popular sports giants Formula 1 and the UFC — also have partnerships and are selling large quantities of tokens. And in the U.S., the majority of NBA teams have signed on already as well.

Are Fan Tokens Here To Stay?

This million-dollar question that’s frequently asked of crypto has to do with longevity, and it’s all the more relevant now that countries like the UK are seeing regulatory restrictions. However, tokens’ reception by the sports world proves that they’re more than just a passing fad. By providing more opportunities for fans, sports teams and leagues get to grow their audience, increase their revenue, and grab the attention of sponsors — proving that fan tokens offer a win-win situation all around. It may be that in the end, regulations only sweeten the deal by making it safer for fans themselves to invest in these digital assets. But time will tell just how large and sustainable this market proves to be.

Ultimately, it’s clear that fan tokens are more than just a novelty. These tokens are proving to be a game changer in fan engagement, and the prevailing sentiment right now as that they’re just getting started. Noticed Unwanted Pests In Your Workplace? Here’s What To Do How To Protect Your Rights When Involved In A Truck Accident

These Security Tips Will Protect Your Business From Cyber Threats

How Many Satchels For Stone Wall? Ultimate Gamer’s Guide 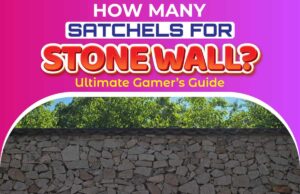 News
Satchels have been used in demolition for a long time, starting in World War II where engineers used them to get past heavy stationary...

Is MBA A Much Better Choice Than A Masters In Economics?