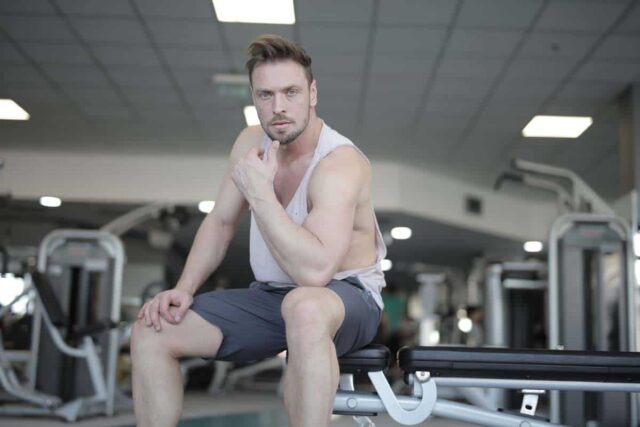 The saying, “whatever a male can do, a female can do better,” is a common phrase used by most women. You might have heard or read it more than a thousand times.

The battle for gender supremacy isn’t a new thing. Women believe they are stronger in all aspects, while men think the same. And yes, each gender has enough evidence to support their claims of being more superior.

So, here is a quick question.

Are men stronger than women? Here’s what both genders need to know.

Women are stronger than men when it comes to coping with trauma and surviving illness. Now, you can see that men aren’t as superior in all aspects as many claim.

Years ago, when the Pentagon announced the opening of all positions in the U.S. armed forces to women, including combat positions, it didn’t seem like a surprise, given how tough most female soldiers have shown that the gender can be.

The announcement meant that women would have the chance to engage in any form of combat in the U.S army, marine, and air force. They can lead infantry soldiers, give orders, and handle combats like their male counterparts.

And yes, women can shoot as accurately as their male counterparts when both genders receive the same training. The ability to fire a weapon accurately has nothing to do with gender. In short, there are women snipers in the U.S. military today who are extremely good at what they do.

But when it comes to physical strength, the men have the upper hand. That is to say, men are much stronger than women, even when both are made to pass through the same training.

A study about males being much stronger than females, on average, physically, was carried published on the European Journal of Applied Physiology. The researchers reported that, on average, males boast 26 lbs more skeletal muscle mass than females.

Note – Men have upper body strength and more muscle mass than females. Therefore, they are physically stronger than them.

Speed can also be a strength that one gender could use to better the other. Therefore, the speed comparison between males and females should give insight into the more superior gender.

Without much ado, the men have the upper hand when it comes to speed. Men run much faster than women when you compare the speed ran by top athletes from both genders.

Florence Griffith Joyner, the world’s fastest woman, who finished the 100-meter dash in a record 10.49 seconds back then in 1988, still has her record intact.

However, the 2016 Olympic competition for men required athletes to complete in the 100-meter spring in 10.16 seconds to qualify for the competition. So, if Florence Griffith Joyner were to be a contestant, she wouldn’t have qualified for the 2016 Olympic.

Talking about handgrip, which gender do you think has the strongest grip between males and females? Well, the males have the upper hand in this category.

A 2006 study published in the European Journal of Applied Physiology showed that males’ grip was much stronger than females’. Over 90% of the females in the study scored much lower than 95% of the males.

What made the research much more insightful was that the team didn’t just focus on ordinary women. They also considered female athletes, who were highly trained and excelled at sports that required firmer grip, such as handball or judo.

These highly trained athletes’ grips were much stronger than other women, yet they performed far below 75% of the men in the study.

Endurance: Are Men Better Than Women?

When it comes to physical tasks, women have the upper hand over men. Why? It’s simply because their body fat is higher than men’s.

According to a study, females are much better at burning and using fat as an energy source than men, giving them better endurance.

On average, men boast much higher levels of circulating testosterone and more muscle mass, a reason their energy usage is higher than women’s.

Another shocking area where women dominate men is in how quickly the muscles become fatigued. According to a study, women’s muscles don’t fatigue as quickly as men’s because they have muscle groups and ensures the workload is shared among them more efficiently.

No, men don’t live longer than women. That’s the straightforward answer. Most people may argue that the reason is that more men engage in violence and all that, but that’s far from the truth.

The undeniable truth is that women are better survivors than men. Longevity database has shown that females outlived males by over five to six years (It’s less in most countries).

And according to a tally of the world’s oldest persons maintained by the global Gerontology Research Center, 43 persons are reported to be over 110 years. But it would interest you to know that of these 43 persons, 42 of them are women.

This goes to show that women boast some biological advantage that enables them to live longer than men. Even from the onset of life, male mortality rate is higher than female’s.

A 2014 research published by the University of Adelaide suggested that a pregnant women’s placenta might act differently based on the baby’s sex. It might do more to boost the baby’s protection against infection, maintaining the pregnancy throughout. Therefore, for some unexplainable reasons, female children may be receiving extra care while in their mother’s womb, which boasts survivability.

However, having a powerful immune response isn’t all that rosy for women. It could increase their chances of developing some autoimmune diseases such as multiple sclerosis and rheumatoid arthritis.

What happens is that the body is super fast and effective at fighting infections to the point where it could start attacking its cells. And this explains why women report more sickness and pains than men.

So, from what you have read, would you conclude that men are stronger than women? They’re obviously not. Both genders are unique in their way. For instance, men are physically stronger, have a stronger handgrip and speed than women. But then, women can withstand trauma, boasts higher endurance levels and higher life expectancy than men.

So, in a nutshell, both genders are unique. None is stronger than the other.

Smoking is Bad: Things That Smoking Destroys in Your Body Understanding The Benefits Of Playing Airsoft Tech
Airsoft is a sport that is becoming more and more popular worldwide. Though it may seem like a fun way to spend an afternoon,...

A Useful Guide On How To Keep Your Horse Healthy And...

How To Sleep With Hip Pain: Learn In A Few Steps