Genetic testing has been one of the key developments in the field of medicine – it’s now widely available and can be used in a variety of different ways, from screening for mutations that could make us more liable to develop certain diseases and conditions to helping us figure out how to best manage our diet and exercise regime.

The human chromosome can provide a unique insight into our unique biology and reveal a wealth of information about our make-up, traits, and genetic history. Due to this, testing has become more sought after than ever before, and the rise of at-home testing kits has made it extremely accessible and affordable, too. Below we take a look at some of the most common genetic tests, when they’re used, and why they’re so important.

Becoming more sophisticated and accurate year on year, genetic testing carried out on a baby at birth is a quick and simple way to ascertain whether the newborn has a genetic disorder. This is vital as the early detection can usually lead to more effective management of the condition, as well as allowing parents to plan and make arrangements regarding any additional needs that the child may have.

While most genetic testing is undertaken at birth, it is possible to screen while the baby is still in the womb, and this can be done either via a blood test carried out on the mother or via an invasive test that collects a sample from the baby in utero.

This type of testing, to determine whether there are any chromosomal abnormalities present in the developing fetus, is usually only done when there is a known risk present and can help parents in deciding the pregnancy or plan for the future. Some in utero testing entail the risk of miscarriage.

Using at-home DNA testing kits is an immensely popular way to find out more about our ancestral origins and even to locate possible living relatives. Companies like AncestryDNA offer ways to uncover branches of your family tree, discover your genealogical background, and many have vast databases which can help you to match with long-lost family members.

Testing is painless and easy and usually involves taking a simple cheek swab and mailing it back in a prepaid envelope. Results are then dispatched via post or email, and you’ll also be able to add the results to the database if you wish.

If an individual carries a single copy of a mutated gene rather than has inherited a copy from each parent, then they are what’s known as a carrier. In this case, they either won’t manifest any symptoms of the condition or, if they do, the symptoms are likely to be very mild.

However, if two carriers of a genetic condition have a child, there is a possibility that the two recessive mutated genes could be passed onto the baby. For this reason, some couples choose to have a genetic test to discover whether they are a carrier of any genetic conditions either before becoming pregnant or when they discover they are expecting.

Diagnostic testing is usually undertaken when a doctor wishes to determine or rule out whether their patient has a genetic disorder. In most cases, this type of test is only done where the patient is experiencing symptoms of a condition or where there is a high chance that they have inherited it from a family member.

Diagnostic testing can be done at any point in a person’s life, including while still in the womb.

Becoming more popular by the day, this form of lifestyle testing can provide vital information on the nature of an individual’s metabolic and digestive systems. The results are analyzed by a professional who can then relay information concerning the type of exercise regime that is likely to deliver the best results for the tested person, as well as to advise on what types of food should be eaten in greater quantity and which should be avoided for optimum wellness.

This type of test tends to be carried out on those who don’t manifest the symptoms of a genetic disorder but who have relatives who are affected by a condition. This test looks at the current DNA of the individual, taking into account family history, to predict the likelihood of their developing a condition in the future. Predictive testing can also be used, in some cases, to determine whether a person has a higher risk of developing certain types of cancer.

Finally, this kind of genetic test is done in cases where an egg is fertilized outside of the woman’s body before being implanted into the womb. As with the other types of diagnostic testing, it is used to screen for genetic abnormalities in the newly fertilized egg. Typically, only eggs that are found to not be carrying any genetic disorders will be subsequently implanted into the patient’s uterus. How To Quickly Recover From A Serious Car Crash 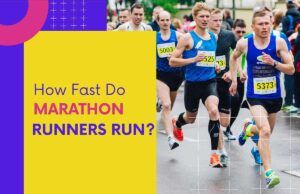 Health
These days marathons are very popular. A marathon is typically a long-distance race. A marathon usually is run on roads. A considerable amount of...

How Much Should A 14 Year Old Weigh: Shocking But Insightful...

Why Loaded Potato Skins Can Be Healthy And Nutritious