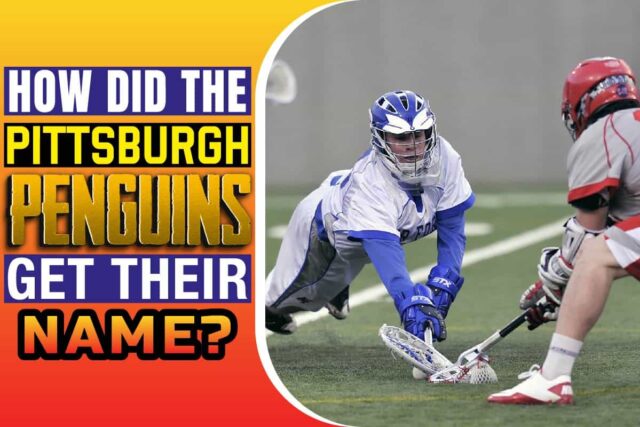 Pittsburgh Penguins is a team of professional ice hockey players based in Pittsburgh. This team participates in the NHL (National Hockey League) in North America, and it is nicknamed the Pens.

Penguins compete with 31 other teams in the NHL league, with 24 of them being from the US and 7 from Canada. With NHL being considered the pioneer hockey league in North America, it is arguably among the best professional sports leagues in the world.

However, how did the Pittsburgh Penguins get their name?

In this case, the Penguins got their name after the team’s management and owners held a contest. Here, the participants were asked to suggest animals that were both non-threatening and resonated well with Pittsburgh residents and fans.

With that said, read on to find out more about how the Penguins received their name and how significant it is for their team.

How Pittsburgh Penguins Came Into Existence

Pittsburgh Penguins made their NHL debut in 1967 after the major expansion of the league during the 1967-68 season. Before this expansion, the NHL had only six teams: Toronto Maple Leafs, Montreal Canadiens, Chicago Black Hawks, Detroit Red Wings, Boston Bruins, and New York Rangers. The expansion doubled the NHL teams to 12.

The expansion has been ongoing since 1967 as new teams have been joining the league. Currently, NHL has 32 teams, with the latest addition being the Seattle team that joined the league during the 2021-22 season.

The Pittsburgh Penguins paid $2.5million to join the NHL and $750,000 as their start-up expenses. McGregor was named the president and CEO of the Pens team. Therefore, he was to represent them in the league’s board of governors.

How Did The Pittsburgh Penguins Get Their Name?

The Penguins were named after flightless and waddling birds after several suggested names were dropped. Pittsburgh Penguins’ name was never the first option because the owners wanted a name that would resonate well with the fans and people from Pittsburgh.

Most of the sports teams get their names or nicknames from contests. Contestants are invited to give suggestions, and the best name is selected. This was the case with the Penguins.

Pittsburghers suggested over 300 monikers for their city’s newest hockey team in a contest organized by the team’s management and owners. The owners wanted a name that depicts an animal that is not threatening. Therefore, the contestants had to give names of animals that looked attractive and unique.

Naming Was Made a National Affair

The naming process was made into a national affair. It was conducted by three organizations: Mellon National Bank, the Hockey Club of Pittsburgh, and the Post-Gazette. The three organizations invited Pittsburghers to send their suggestions in line with the selected theme.

This was an opportunity for the hockey fans to express themselves and give them a sense of belonging. Additionally, they got a chance to be creative and put their creativity on paper and in the game.

The ice hockey fans were required to drop the name suggestions into boxes located at Mellon Bank and the Civic Arena. There was also the option of sending the suggestions to the PG.

Some of the Suggestions Made

Another suggestion was to name the team the Hornets. The Hornets was the name of Pittsburgh city’s hockey team that participated in the American Hockey League. However, this name was not available because it belonged to the outgoing AFL franchise that was to make way for this new team.

All these suggested names were sent to the selection panel. The panel reviewed the entries and selected the name that most people suggested. It happened that the name was the Penguins. It was submitted by 716 contestants, meaning it was a popular name among hockey fans.

Why Was The Penguin Popular Among Hockey Fans?

According to the selection panel, there must be a reason why over 700 fans thought that the Penguins were the right name for the new team. Penguins are naturally calm and attractive birds. They live on ice, and the hockey players will be playing on ice.

The nickname “Big Igloo” had become part and parcel of the Civic Arena. People thought that the Civic Arena was like a big snow house. Therefore, most people agreed that the name should come from snow or ice or anything related to ice.

However, they wanted something attractive and associated with ice. They thought of penguins as cute birds that live on ice. The fans believed that the players would associate themselves with penguins since the ice connects them.

There Was Some Resistance

When the selection panel settled on the name the Penguins, there was some resistance from different quarters. Some people were unhappy because they felt their choices were not considered.

The resistance was so strong that the anti-penguin group of fans said that the name was not fit for the team. They complained that penguins could not fly and they did not have wings, whereas the team was expected to “fly high” and win trophies. They wondered how the players would be motivated by penguins.

According to the anti-penguin faction, penguins can be attractive to people, but they lack the ability to instill fear. They argued that in sports, the team has to have a name that instills fear in the opponents and motivates the players to win to depict the status of their name.

Those opposing the name noted that penguins have flippers instead of wings like other common birds. They flap those flippers to propel them through the water. However, they would not need to do all that if they had wings like other birds. Therefore, they said that the name would mean the team is weak and cannot “fly” like other teams.

Redefinition of a Penguin

Despite all the resistance and opposition from different quarters, the name was taken as the official team name. However, the Penguins had to redefine the meaning of a penguin and silence the naysayers.

Pittsburgh Penguins have performed well in the league and showed to the fans the true meaning of penguins. In western Pennsylvania, people know and appreciate the success of this hockey team.

The team has grown its popularity across North America. If you do a quick search on the Internet by typing the word “penguin,” you will see Pittsburgh Penguins as the first entry on the search results list. This means that the team has become popular even on the Internet.

Before the Pens were added to the NHL league, the Hornets represented the city in the American hockey league. Therefore, the exit of the Hornets paved the way for the entry of the Pens.

The Hornets played their last game against the Quebec Aces during the 1966-67 season. The match was played at the Civic Arena, and it was given huge media publicity. There were newspaper articles that captured the moments of the game with the title “Hockey 1967.”

The Hornets were popularly known as the Wasps. The newspaper author remarked that the Wasps exited the league in fantastic style, leaving behind an impressive performance record. During their time in the league, they won the Calder Cup after beating the defending champion.

During the final match with the Quebec Aces, the Hornets won 4-3 during the overtime. The win was not big news because people knew that the team was on its exit lane. Although the players celebrated, the hockey fans were not excited by the victory.

The results of the match did not matter to the hockey fans. Only 5000 fans attended the final game at Civic Arena, meaning that it was half empty. With such a low attendance on a final game, it was clear that the fans were not excited by the game.

The Pittsburgh Penguins played their debut game in 1967 against Philadelphia Flyers. They finished their first season in the league in the fifth position. It was an impressive performance considering they were newcomers in the league

Over the years, the Pens have played hundreds of games and won several trophies. They have won the Stanley Cup for a record five times, with the latest victory being in 2017. Pittsburgh Penguins and Edmonton Oilers are the only “non-original six” hockey teams to win the Stanley Cup five times.

The Pittsburgh Penguins are among the most popular hockey teams among the hockey fans in North America. The Penguins’ entry into the NHL was preceded by the exit of the Hornets in 1967. A contest was organized to give the new team an appropriate name, and the organizers chose penguins as the best name. How To Easily Increase Your Website’s Traffic Tech
In today's global marketplace, the majority of business is generated online, so ensuring people visit your website is key to business profit and growth....

Is White Castle Open On Thanksgiving? Read This Before Visiting White...

Social Security: 4 Things You Should Know About It